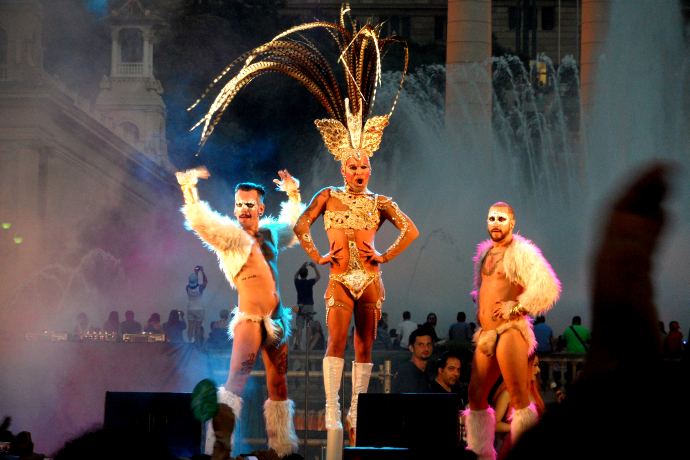 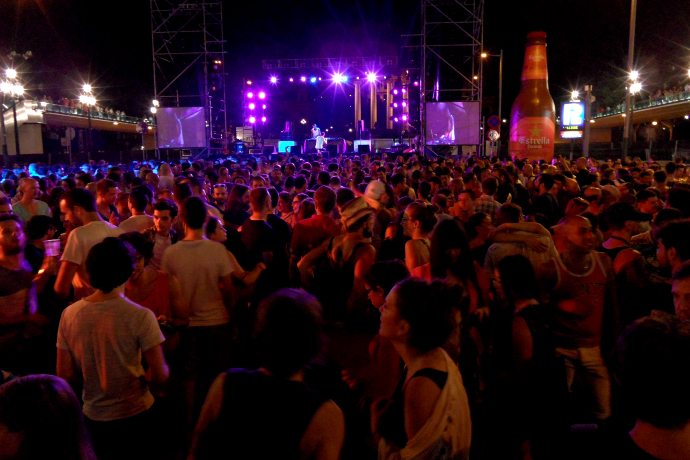 Barcelona is a great gay destination for a weekendbreak. But is it worth to visit it during Pride Barcelona? I went to check it out and even got a chance to be on stage and see thousands of people dance the night away! (Check below this post to see the video)

Pride weekends are different all over the world. Some cities focus on the festival and parties. Others rather focus on the educational part or the rally to make statements to the more conservative community. And in some countries prides are still a dangerous event because the rights of the LGBT-community are not protected nor respected. Most gay men however, just go for the festive event and take the opportunity to hold their lovers hand a bit more often than on average days. But the right to show these little gestures of love and intimacy are exactly the reason why we still need prides all over the world.

Pride Barcelona combines the cause with the crazyness during 10 days, with the focus on the last weekend when the beautiful Avenida Cristina as the vibrant heart (The Village) for parties and other activities for the whole (!) family. Without doing any research in advance, I booked a nice accomodation through MisterBnb. And luckily it turned out to be only 5 minutes away from The Village by foot. And since the popular bars in gaybourhood Eixample were also around the corner, I had a great place to unwind after visiting the various events.

Fridaynight is usually the mental preparation for the long day ahead and usually doesn’t get that crowded at prides (at least from what I have seen, with Toronto as the memorable exception). In Barcelona they planned their pride so well, that even if you are having a wild night on friday, you can still enjoy the pride parade, which starts at 6 pm. In the Village a mixed crowd gathered to see the Drag Race. In between and after the contestant-performances various artists performed. The costumes of the Spanish drags were outrageously well done and the funny chubby character that did the Miley Cyrus-performance got the crowd cheering and smiling!

Fun to see was that at The Village the crowd was younger and local whereas in the gaybars around town the tourists and mature men enjoyed themselves. On staurday The Village also welcomed parents and kids with a Jumping Castle and other activities. I had never seen that before, but I got surprised even bigger when in the Parade a full train with kids represented Pride Kids. I love that initiative! 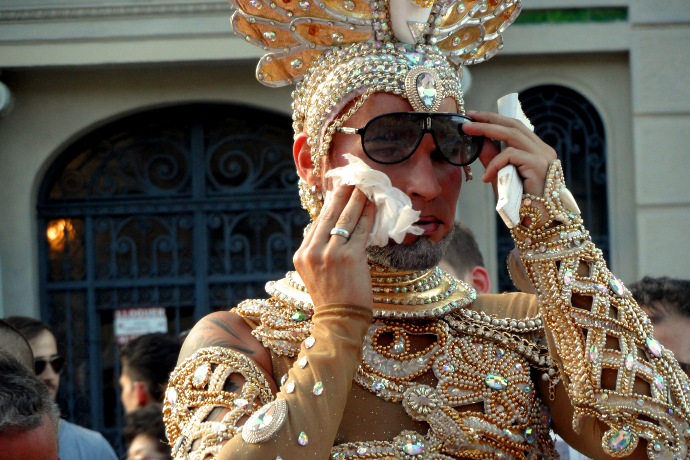 The Pride Parade itself is not that exciting. Of course it showed what the Parade was for: making statements and bringing LGBT-rights to the attention of the audience. But no extravagant pimped trucks or dozens of drags, bears and other flamboyant people. A lot of lesbians felt the urge to show their boobs, so if you’re into that you will defnitely had a good day 😉 The handfull of people that were in costumes were nice, but theming isn’t the strongest part of this Parade. However, I found out that the Spanish like to focus on the parties instead of on the Parade. So later that evening the show started with singers, dancers and dj’s. On this night it got crowded  in The Village and the atmospehere was fantastic. I even went on stage for a bit, to talk with one of the dj’s about his T.O.M. (read the article here: https://thatguyfromrotterdam.com/dj-moussa-het-begon-met-times-square-new-york/) The crowd was dancing and cheerful. Usually on other Prides the atmosphere get’s a bit aggressive by the amount of testosterone in the air and alcohol in the blood, but Pride Barcelona turned out to be a very happy pride.

Some say that Circuit Festival (by Matinée Group) is the real gay pride for Barcelona. And yes, I would love to check that out for myself. But for now I can say that Barcelona can be proud to host two major gay events on the European main land. That in combination with the climate, makes Barcelona a good gay destination any time of the year, but especially during those events!

Check the video of Pride Barcelona below: