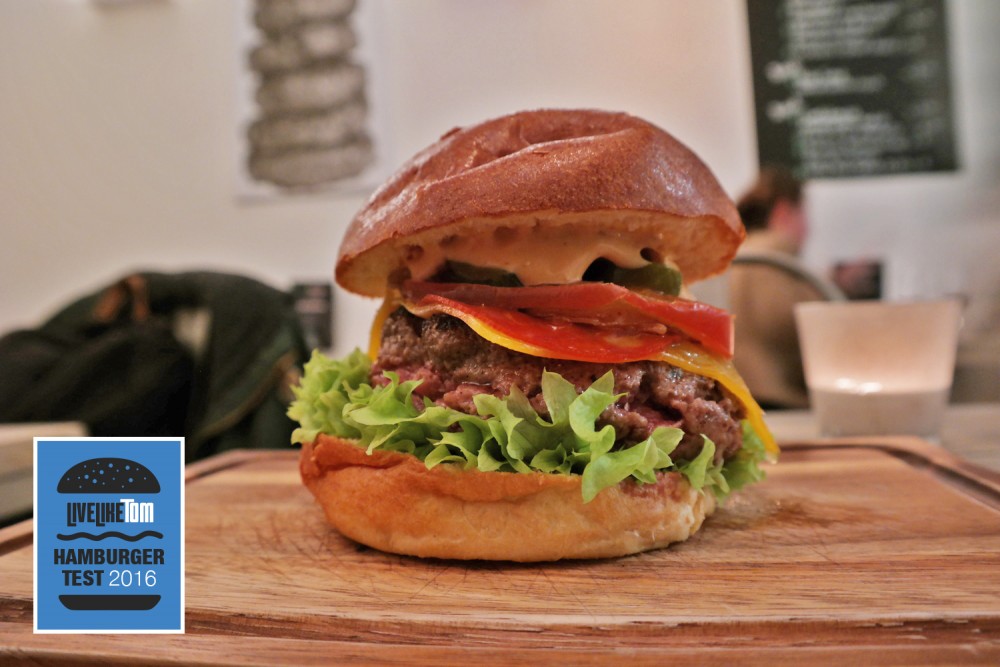 Every year in January I start my LiveLikeTom Hamburgertest, to find the best hamburger in Rotterdam. The winner of 2016 is a small but surprisingly good burger restaurant where you choose your own meat (Wagyu beef, Iberico pork of Dutch MRIJ beef) to create a killer hamburger.

The best hamburger in Rotterdam

This year the competition was harder than ever, because new restaurants had opened and after last year’s winner (Chef Diego with his Egg Benedict Burger at Stroom) I felt the pressure to even be more strict on the criteria to decide which burger is the absolute best. I did not want to be distracted by the looks too much, so I introduced 6 points to judge.

-> Also read: how to rate hamburgers for the LiveLikeTom Hamburgertest 2016 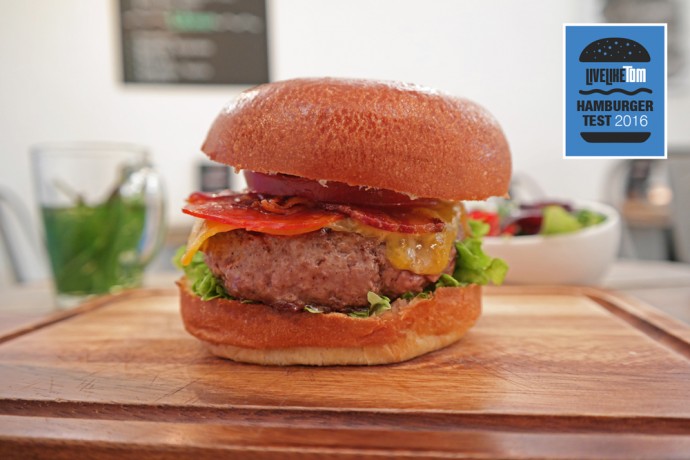 Pick your favourite meat (MRIJ (Dutch beef), Iberico Pork, Wagyu (Japanese beef) and be prepared for a delicious burger, where the flavour of the meat is the most important thing you’ll taste. As it should be on a good burger. The toppings add a subtle yet tasty bit extra to the Burger Club Burger: Iberico chorizo, pancetta, pickles, caramelised onion on a soft bun with a god grip. The secret Burger Club sauce is not overwhelming, but just enough to give you an extra bit of flavour. The meat is outstanding: medium rare (if you picked beef) and the structure is so good that it almost melts on your tongue. A true delight and a good reason to pick this one as the ‘Best Hamburger 2016’. 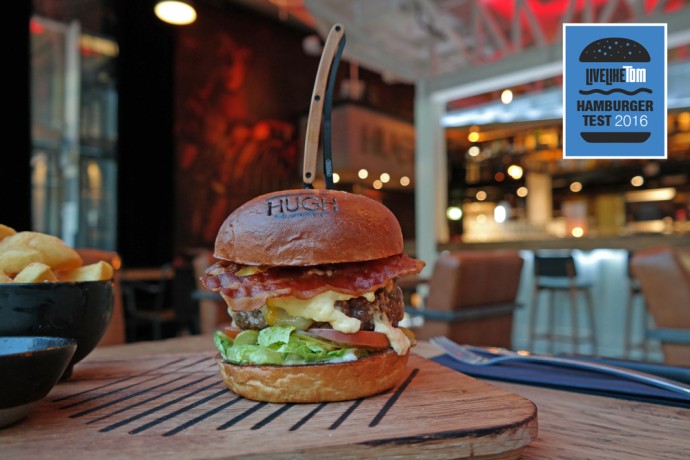 Chef Diego won last year’s LiveLikeTom Hamburgertest 2015 with his Burger Egg Benedict at Stroom. It caused a true burger-war when the owners of the restaurant with the worst hamburger 2015 (Hugh)decided to hire him at their place. Now Hugh went up from worst to one of the best burgers in Rotterdam. Diego improved last year’s winning formula with better ingredients. The meat is a combination of Black Angus and Wagyu, the bun is perfectly shaped and the bacon, egg, pickles, little gem and sauce are all fantastic. My absolute favorite on this masterpiece, is the red onion chutney. It shoots you straight into heaven. However, even though The “U” looks like the best burger you ever had, it is impossible to eat with your two hands. The flavour is intense and the amount of sauce in combination with the egg makes it a baroque burger where there is so much going on that the flavour of the outstanding meat moves to the background. 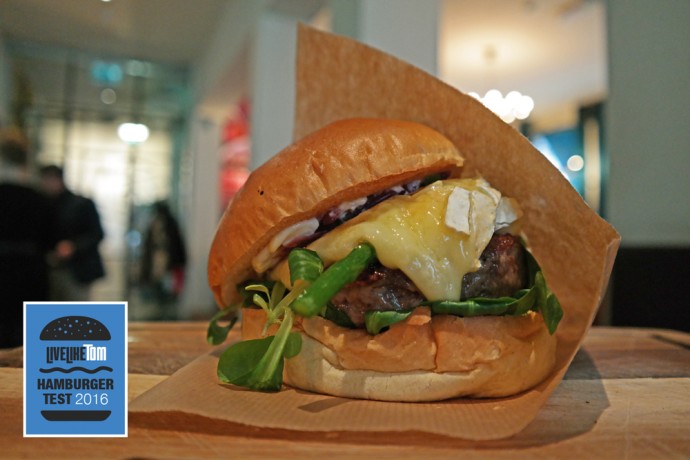 The ‘Witte De With straat’ is the most popular street in Rotterdam for bars and restaurants and there’s a lot of burger competition going on here (Ter Marsch & Co, Hamburg, Opa and Bagel Bakery). Nevertheless the chef at NRCafé created an original recipe for his Black Angus Burger. Brie, green aspergus and green salad are good toppings for the strong flavoured Black Angus beef. The bun is carefully picked for absorbing juices and adds a nice texture to a whole burger bite. If you are looking for a burger with an original twist, this is your winning hamburger. I will definitely eat this one a few more times this year. 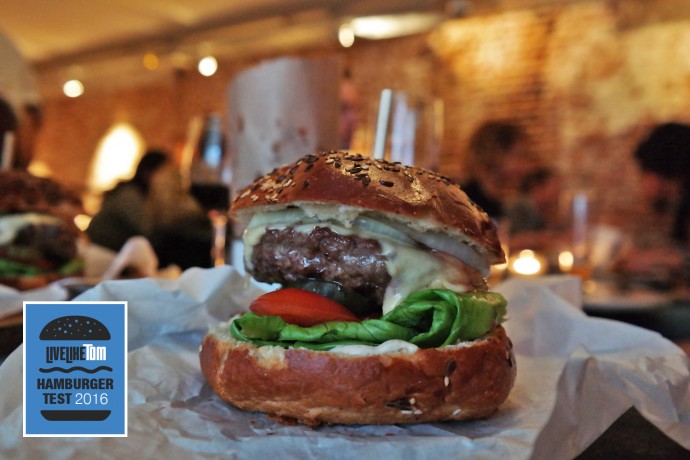 After winning several prizes (Best hamburger of Rotterdam 2014, Beste hamburger van Nederland 2015) Ter Marsch & Co became the most popular burger bar in Rotterdam. It even became so popular that they opened a branch in Amsterdam. And you can tell why their burgers are wanted so much: a great bun with delicious meat and not too many toppings. However, the popularity of Ter Marsch & Co made it almost impossible to stop by for a burger when your hungry: waiting in line for 40 minutes is more common. And with the amount of hamburgers they are selling, you can imagine sometimes the quality isn’t what you expected. Popularity comes at a price, though still they have one of the best hamburgers in Rotterdam. 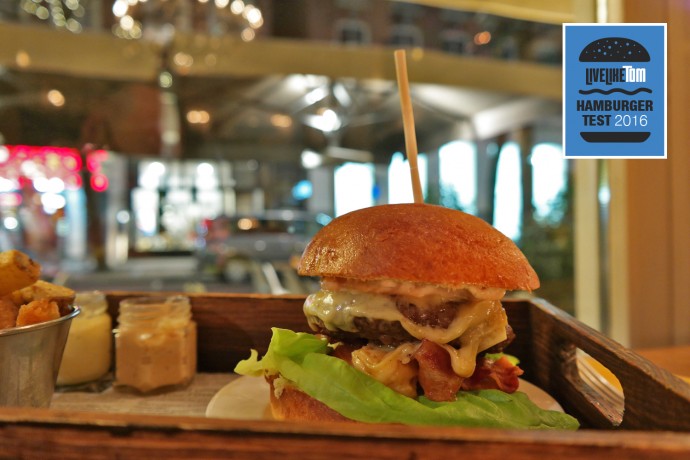 Good burger in a cosy atmosphere.

Chef Diego from Hugh worked here years ago and until that time they hadn’t put the hamburger on their menu. Diego came and made it a serious thing to work on. Nowadays, under new management, no-one would even dare to take the Opa-hamburger from the menu. A delicious bun, good meat, well prepared served on a nice tray with a small bucket of fries and truffle-mayonaise. This burger is great if you want to eat in a cosy Dutch “eetcafé”.