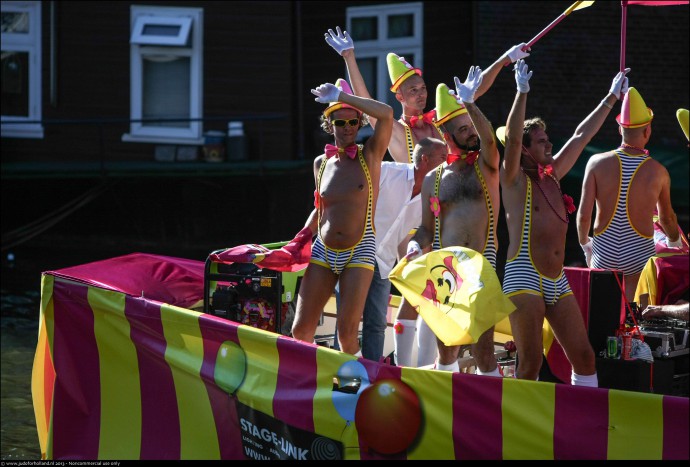 Gay prides attract a diverse crowd, which some people really cannot stand. Every year ’the gays’ go all the way to prove the world they have the right to be here. Some say it does not do any good to ’the cause’. In drag, wearing leather, naked, chained and pierced, the lgbtq-community is surely not acting normal. Why is that? Why can’t ‘we’ be ‘normal’? 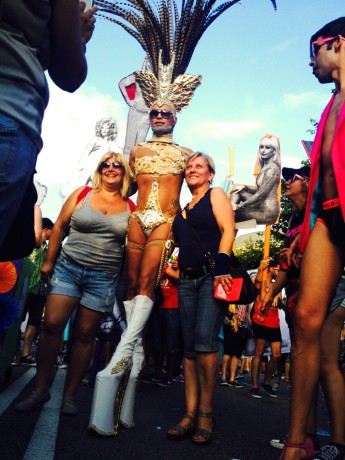 Once upon a time in a little gay village

When I grew up in a small province town, gays were like an exotic species. I had no clue what ‘being gay’ meant, I just heard a lot of jokes about anything that did not fit into the family-standard of mom, dad and two kids.

There was this crazy guy, we named ‘Johnette’. Rumour had it he suffered from AIDS. But everyone knew Johnette and when he blowed a tiny whistle (he had that around his neck all the time) he turned every fancy fair into a ‘one guy pride parade’. He had fun, the crowd had fun and he was just our local weirdo. So I thought.

On tv we saw some more extravagant types. With feathers, in shows. Famous tv-hosts with faggy features, actors with more make-up than my mum and some other wild celebrities. But they lived far away and we had nothing like that in our village.

And then, all of a sudden, we had the 90’s revolution. A club in the capital had opened and all celebrities were raving about the extravaganza going on there. Everybody wanted to hang out with the exotic gays. Documentaries explored the bright side of darkrooms.

And so the gays were portrayed as extravagant, party animals living every day as if it were their last. The images on tv sure did not make my family more openminded. Ru Paul’s Drag Race and it’s Dutch equivalent (years before RP’s tv hit series) made every gay guy look like an transvestite and who knew the difference? And who cared anyway?

Why can’t gays be a bit more normal?

In the meanwhile I was locked up in my closet. And all that ‘gays are extravagant’ media-exposure did not do any good to my self esteem. Why couldn’t they be a bit more normal? I did not recognize myself in the role models presented on tv.

But when I finally came out to my family and friends, a weird thing happened. I started to behave more gay than I was before. The extravagant gays from tv had become my unwanted role models and I did not know any better.

Only since a year or two I know why I had to go through that phase. The lack of ‘normal’ role models was one of them. 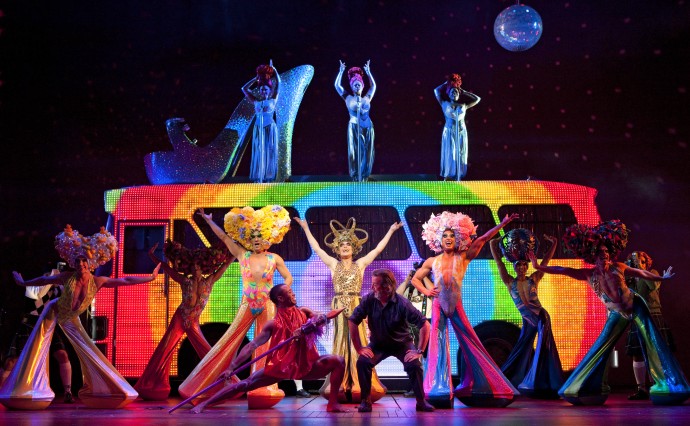 Priscilla Queen of the Desert in Carré

‘Normal’ gay guys are so offensive

Almost three years ago I saw this video of Steve Grand and it made me feel uncomfortable. Even though I was happy to see a video with two guys being in love, I really had to get used to that.

Years of Disney-and Hollywood indoctrination made it feel unnatural to see two guys holding hands. I even understood why 35% of the population still thinks kissing men are offensive. We are just not used to seeing that.

Last year I wrote about the Netflix-hit series Sense8. Even to me it felt like there was so much lesbian and gay sex in that show. Straight people even asked me about it: why are so many same sex characters holding hands, flirtatious and why do they comfort each other so explicitly?

But here’s the thing: if it was a straight couple, it would have been straight sex, straight grief and no one would have paid attention. But all of a sudden, now it had become ‘a thing’ and people doubt if this is really necessary.

It’s a bit weird, because even for me I need to adjust to watch that. My brain primarily responds as: this is not how it should be.

But these are the ‘normal’ gays. The ones that are not that extravagant. They are the guys (and girls) who fall in love, who comfort each other, who have sex, fight and have broken hearts.

That’s why you should go to a gay Pride 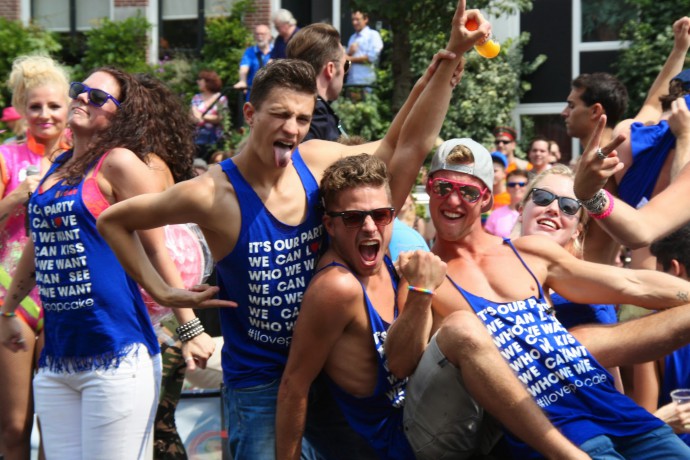 A parade with average and boring gays is totally not interesting. During a Pride Parade people dress up, just like with Halloween. Because no one would get scared at Halloween if you were dressed up as ‘a normal ghost’.  It’s overdone as it should be.

So, go to a Pride Parade. And if you take a closer look, not at the parade but on the sidewalks, you will see thousands of them. The normal gays. The average lesbians. Hand in hand. Kissing each other because they are happy. Here they can be who they are, for just one day, without being the local weirdo. Very ordinary people.

Have fun and happy pride! 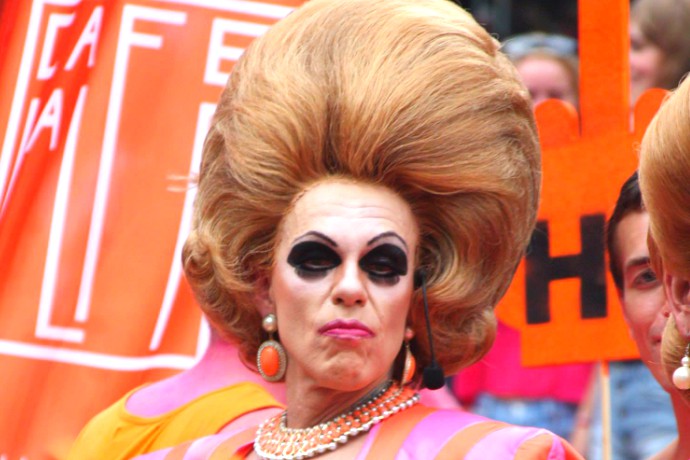