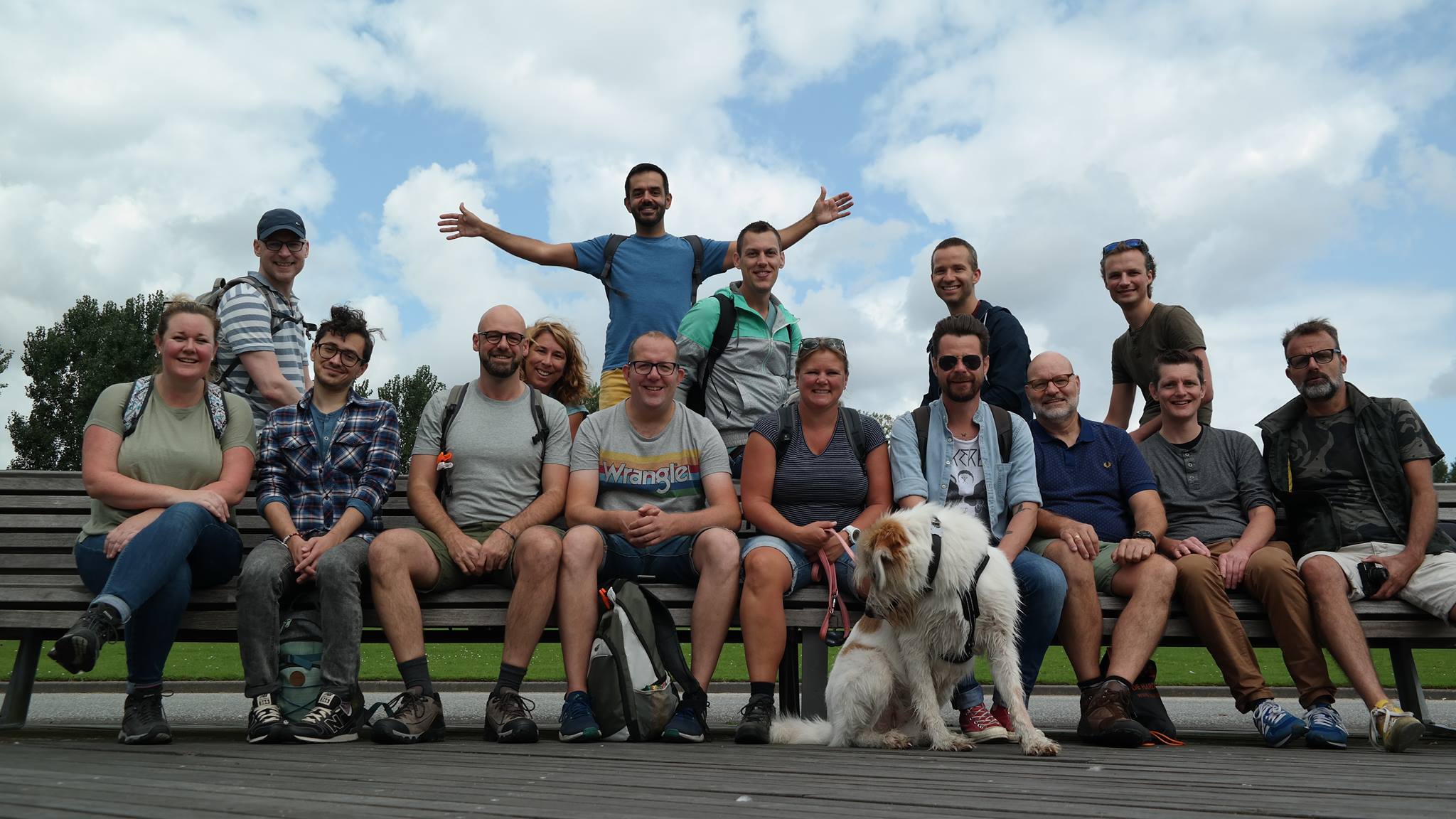 Once a month my friend Daniël and I take a group of people on a hike on the outskirts of Rotterdam. Exploring nature reserves, the beach or little villages had opened our eyes for the beauty outside the city, and also to new men joining us each month.

The idea for these monthly hikes started when my ex introduced me to the H.O.T.B.E.A.R.S., a London based group of friends that leaves the city behind once a month. It inspired me to see more than just museums and shops on an average weekend.

Nature can be so beautiful and it was nice to meet new people in an informal way, without using apps. Just chats, laughs and a nice route suddenly make a boring Sunday interesting. Ok, I’ll admit that the scenery in England is way more exciting than the flat ‘polders’ of Holland, but I was curious if this could work in Rotterdam too. When I told Daniël about it, he immediately was a big fan of the idea.

So in 2016 I organised the first hike, with only 4 guys. I was amazed by the beauty of the flat landscape just outside the city. Different birds were guarding their domains, canals had frogs jumping in and out and we passed through picturesque villages that I only knew by name.

Also, I got to know my friends in a different way. While walking we talked about all sorts of stuff, that we usually don’t talk about in a bar or in a museum. The others also had a great time and Daniël and I decided to make it a monthly event. 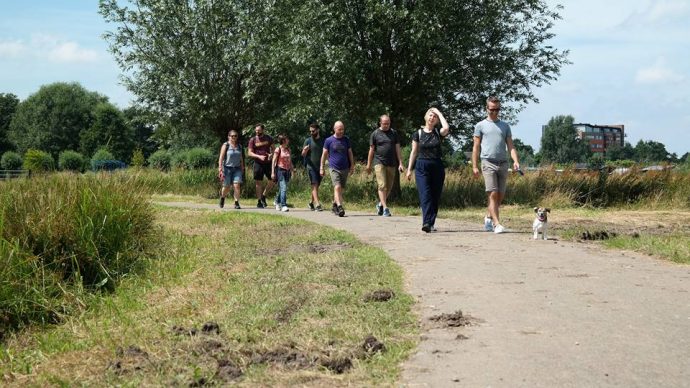 After over 30 hikes we now have a WhatsApp group with over 50 men and women, and every month around 15 of them join us. We’ve walked in unexpectedly beautiful areas, and also discovered some really ugly suburbs. We’ve seen flowerfields and beaches, nature reserves, container parks and abandoned monuments. Each hike is an adventure, even for us.

But the best thing about the gay hikes is that we became a straight- and dogfriendly bunch of people who just like to walk 15 – 20 km, and get to know new people this way. We even went on a hiking weekend together, where we saw Duncan Laurence win the Eurovision Song Contest 2019. (And of course we’re super proud that Eurovision Rotterdam 2020 is going to take place in our city!) 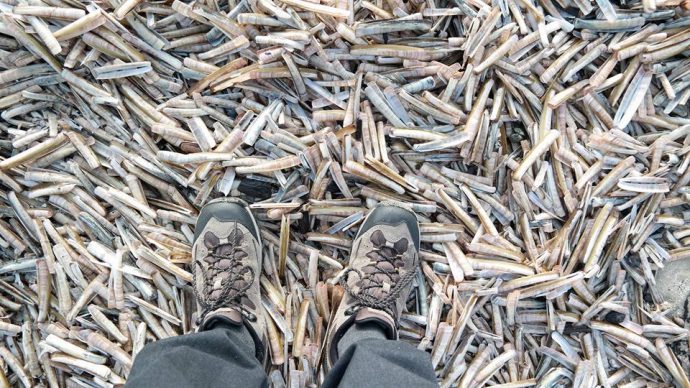 So, are we a club? No. Do we ask a fee? We even don’t ask for any commitment; you just join us whenever you like, no need to cancel even. Then, how does it work?

We announce our monthly hikes on EventBrite (look for Burgers en Buitenlui) and anyone can join. We usually gather around 10am at Rotterdam Central Station and from there we’ll take public transport to the starting point of the hike.

Everyone brings their own drinks and sandwiches, but we also stop somewhere halfway of at the end for a drink and a hamburger (that’s why it’s called Burgers & Buitenlui). 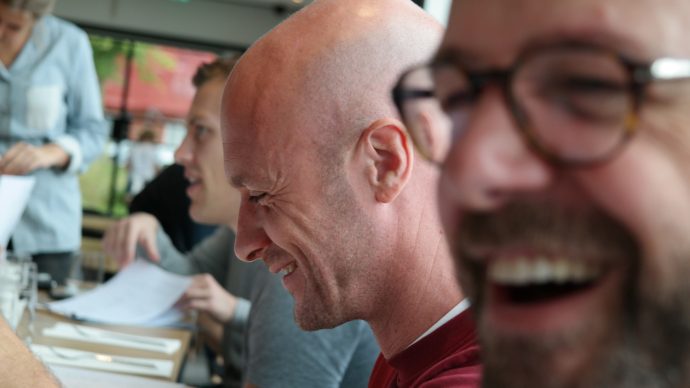