Rotterdam does not have a vibrant gay nightlife. That being said, you’ll be surprised how welcome you’ll feel in the city that welcomes people of any kind! Here you won’t have to advertise your gay identity to be yourself. As they say in the lively harbour city ‘you’re already crazy enough, just the way you are’. Updated november 2022 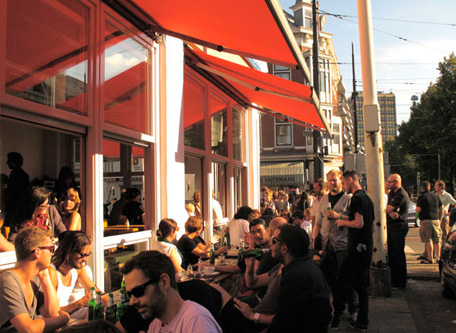 What to do in Rotterdam?

As the second city of The Netherlands, Rotterdam is the perfect getaway when you don’t like the tourist-trap capital Amsterdam. Rotterdam is the city that is internationally famous for it’s festivals. If you like jazz, R&B and soul with a pop twist, the North Sea Jazz-festival should be on your calendar. Diana Ross, Pharell Williams, Jessie Ware, John Legend, Adele, Amy Winehouse, Lady Gaga and Tony Bennett; they all performed here!

If you’re more into movies, you probably don’t want to miss the International Film Festival. Often the crowd of these two festivals also enjoy the vibrant cultural life in and around the city. Rotterdam is known for it’s cutting edge architecture, and sustainable building projects are also in fashion. Combined with enormous amounts of street art and museums, the city has enough to offer to spend a day or 5. 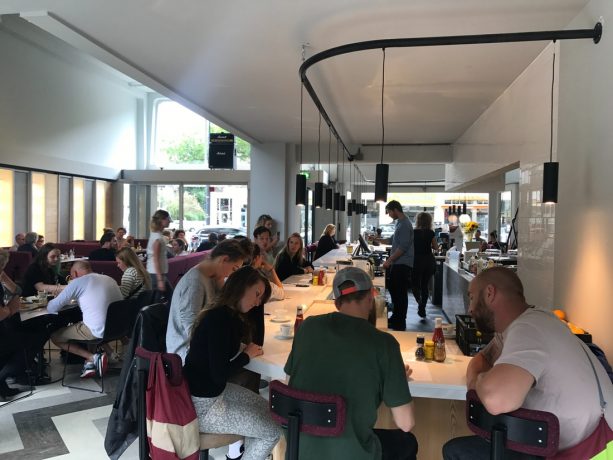 Gay during the day

The fact that the city hasn’t got a real hardcore gayscene doesn’t mean you will be stuck in a closeted city. Being gay is ok anywhere in Rotterdam. However, there are some places that attract more gays than others. (I’ll get to the ‘real gay’ places later on.) My personal favorites for a (healthy) breakfast are: Lilith and By Jarmusch. Go to Nostra for lunch, have late-afternoon drinks at L’Ouest or drink your morning-coffee at Urban Espresso Bar.

If you have no idea at what time you will wake-up, hangout at NRC anytime of the day for breakfast, lunch, dinner or low-key-clubbing in the basement. 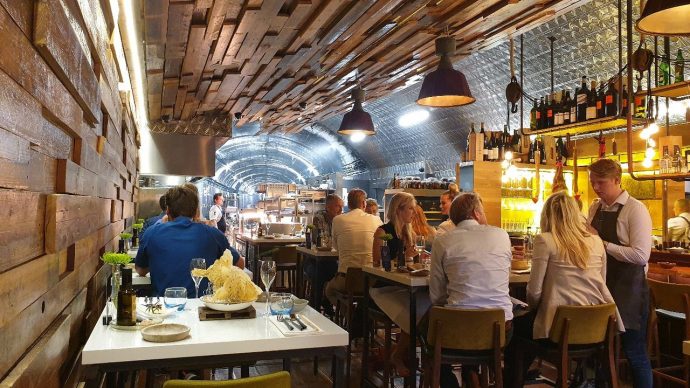 If you are visiting Rotterdam for the very first time, it will take som time to find the gay places. But if you are willing to use the Google Translate option in your browser, check my post with the complete list of gay bars in Rotterdam.

If there would be one gay-street in Rotterdam, it would be the ‘Van Oldenbarneveldstraat’. Here you will find De Regenboog (“rainbow”) – a party cafe with sing-along, popular and campy music. Two doors next to it Strano is the place for gays that love to move their hips on the beat of top 40-hits.

Other gay bars are to be found close to this street: Ferry is a real LGBTQ+ experience in Rotterdam and especially nice when you like your bars to be loud and overcrowded with twenty-somethings.  Loge 90 attracts an older crowd, but is very popular on sunday afternoon. And the infamous bar de Keerweer is the place where you most likely will end your night when you’re drunk. 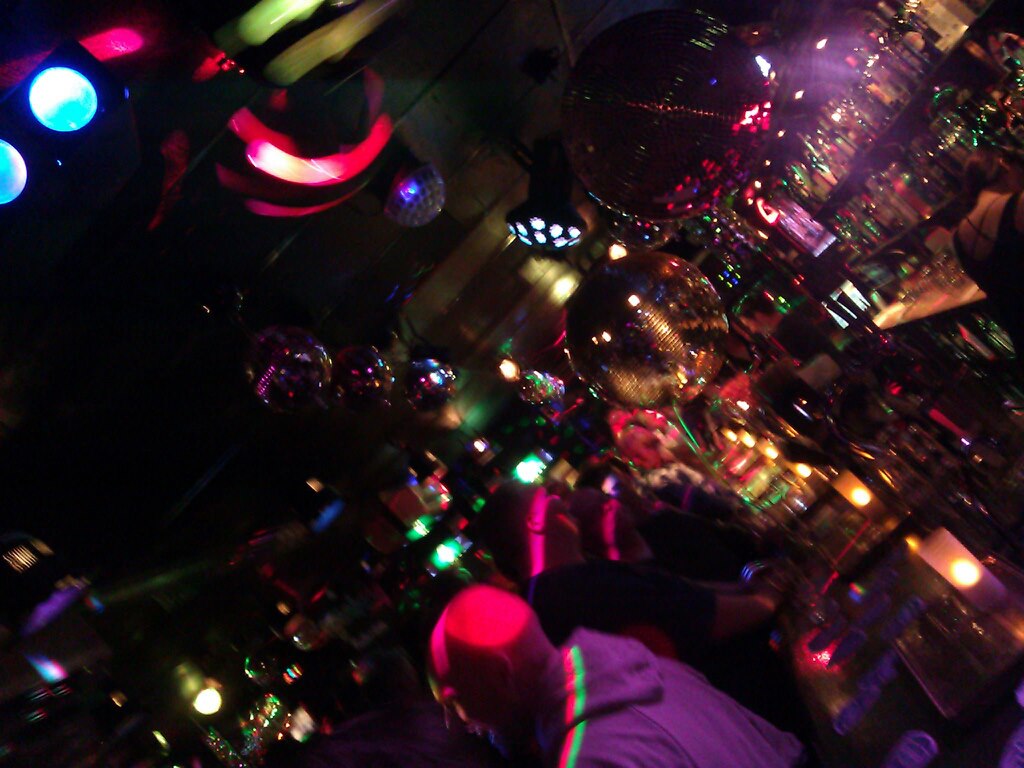 Bonaparte is the city’s drag bar and definitely is my fav bar at this moment. Vinn hosts the Drag Dinner Show. It’s conveniently located next to central station and it’s quite a popular event, so book in advance if you want to make sure you’ll have a seat. The best show in town however, is The Rotterdam Drag Show with winners of RuPaul’s Drag Race Vanessa van Cartier and Envy Peru. 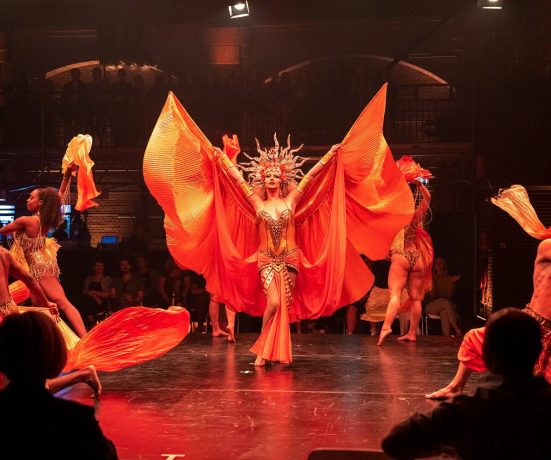 Rotterdam is home to a lot of small clubs, bars and restaurants that will convert into a club at night. Large discos and clubs where guys take off their shirts and do drugs all night, are not to be found in Rotterdam.

Coffeeshops for smoking and buying weed are legal and you can find them anywhere: they even look like normal bars. But other than that, Rotterdam is pretty cool to enjoy without drugs.

Most parties have a mixed crowd: gay and straight perfectly blend in, with their love for a certain kind of music in common. These parties are good to checkout: Herr Zimmerman, Now & Wow Fest en Is Burning. Popular (mixed) clubs are Perron, Toffler, Maassilo en Weelde. Popular bars for a mixed crowd are LaBru, Tech Noir en de Witte Aap.

After the closing of Sauna Spartacus, Sauna Finland is the only gay sauna in Rotterdam. The outdated sauna is located at the southside of the river (take the tunnel near the Euromast). I’d rather that the Intercity Direct to Amsterdam (43 minutes) for Sauna Nieuwezijds.

Are you more an outdoor-kinda-guy, take a car to Kralingse Bos. This large city park has a cruising-area at the northeastern part of the park. You will easily recognize this area by the amount of cars that is parking there.

A bit more dangerous, but known pick-up place is close to Central Station: Provenierssingel is just around the corner at the north-side. Grindr and Gayromeo are the most popular cruise-apps in Rotterdam. Scruff and Chill also attract a nice amount of fun seeking guys.

How to chat with the Dutch

Some advice for chatting with guys here: be straight forward in what you are looking for, whether that is sex or a tourguide. Dutch men are known to be very direct and the Rotterdam crowd is even more so. Guys can become easily irritated if you keep chatting and chatting without any action. This city is straightforward and you will know it. 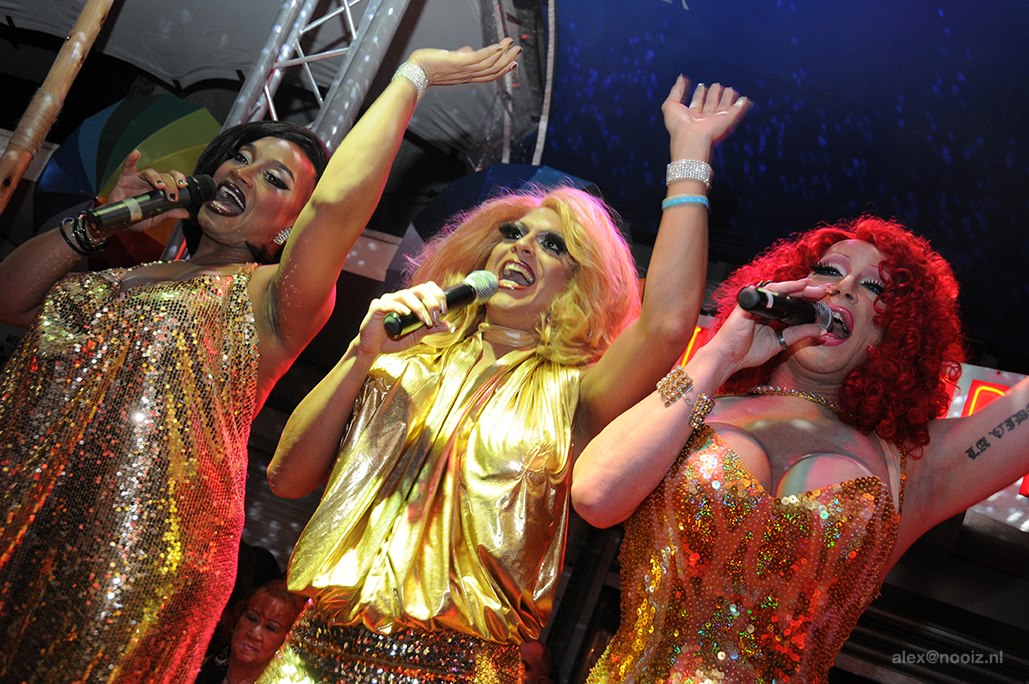 Rotterdam is considered to be a raw and rough in a good way. It’s a rough diamond, that is mentioned as popular city by Rough Guides and New York Times. You will discover that the people living here are friendly and sincere. If they say they like you, they honestly do. ‘Rotterdammers’ are eager to show you the way and since they all speak at least 2 languages fluenty, they will probably give you some advice on where to go for dinner too.

Gay couples are welcome anywhere in the city, though walking hand-in-hand can be considered a provocation. So do so if you feel like it, but don’t make it a religion. If you want to stay in a nice hotel, read my article (in Dutch, but you’ll get the impression) de leukste hotels in Rotterdam.