The word that makes everyone smile 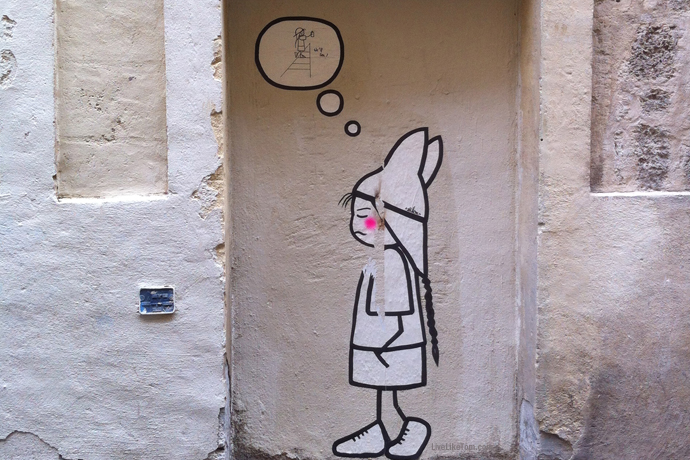 The last few weeks I’ve noticed that there is one word that makes everyone smile. No matter where in the world you are, when you speak out this word people will smile at you and say ‘thank you’.

The first time I heard the word I thought it was Dutch. But the more people I heard saying it, I discovered it was the German word that made people smile. No, it is not a funny word, and people are not smiling because you are making fun of them. It is just a very nice word to say when people need some relief after an intense moment.

Anonymous in the crowd

Nowadays we hardly speak to strangers in public. We pretend to be social with our friends in our smartphones, but we are mostly just avoiding the eyes of other people. Some people even do not know how to react on a flirt anymore and get angry. We somehow lost the real human connection and find it hard to interact with strangers, because we think what we will say might sound stupid to them. But luckily there is one situation that can break the ice. And for unknown reasons it occurs more and more. Maybe because the air is more polluted, we have become more sensitive or just because nature is telling us we need more contact. (At this time of the year I think it is just allergies/hayfever.) But no matter what causes it, fact is that the sneeze is the perfect moment to start a chat. Or no, let me correct that: the perfect moment to make someone smile for a second.

In English people would say ‘bless you’ after a sneeze. But in German (and Dutch) people will say ‘Gesuntdheid’ (Gezondheid). It means ‘health’ and eventhough it has the same connotation as bless you, it sounds less religious. Probably people are just smiling because you dare to say something in an otherwise anonymous moment. But that simple word ‘Gesundheit’ makes people smile all over the world. I’ve been saying it for years now and from Asia to South-America and from Canada to Australia people will recognize that you heard them and that you wish them a healthy rest of the day. They will be thankful for the fact that you said it and smile at you or say ‘tank you’. For 1 second you will have eye-contact with a complete stranger, without any other intention. And that’s what brightens your day. It is just that simple. Gesundheit!