5 Romantic things to do in gay Las Vegas 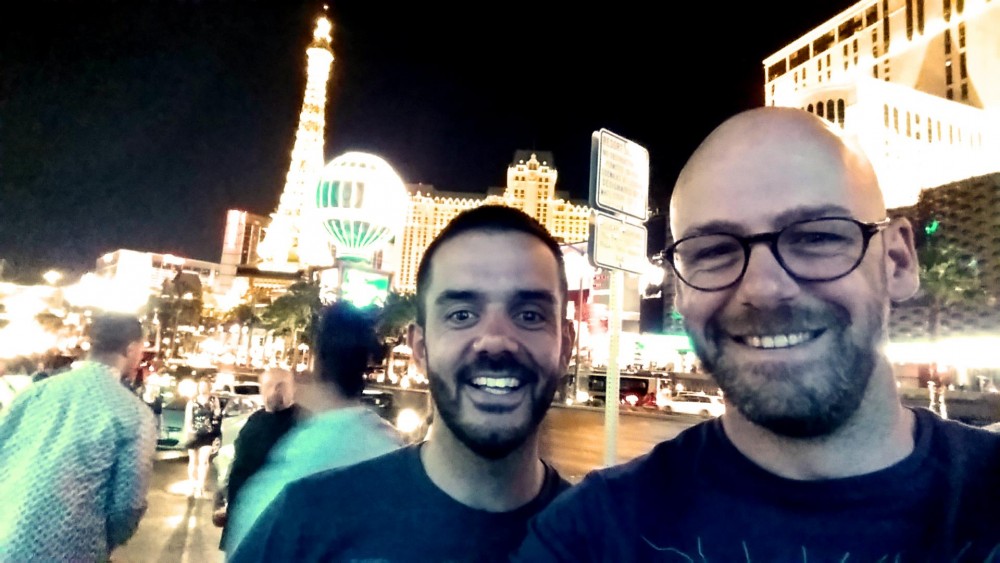 What happens in Vegas, stays in Vegas. With this slogan Las Vegas has been selling naughty dreams and wildest fantasies for decades. Sex, money and combinations of that are a big part of that. Oh, and love, let’s not forget about that.

Everybody knows the wedding chapels and drive-inn options to get married in Las Vegas. But what else can you do if you are totally in love in the city of neon-lights and tempations?

LiveLikeTom’s Serge and Alessio discovered 5 romantic things to do in Las Vegas. That is, if you are up for some excitement. 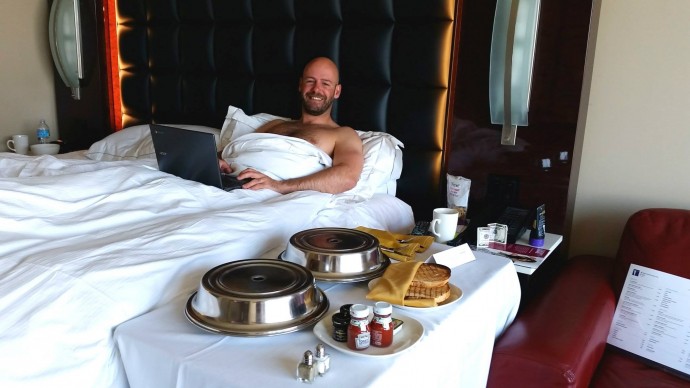 Even though you could easily take a plane to Las Vegas from L.A. or San Francisco, we decided to take a little detour on our roadtrip through California. We were ‘close’ anyway.

It’s a long drive from San Francisco, but luckily we rented a Mustang GT Premium convertible that even had airconditioning in the seats! With our fresh cooled bums we drove the long roas where once James Dean skyrocketed straight to heaven. 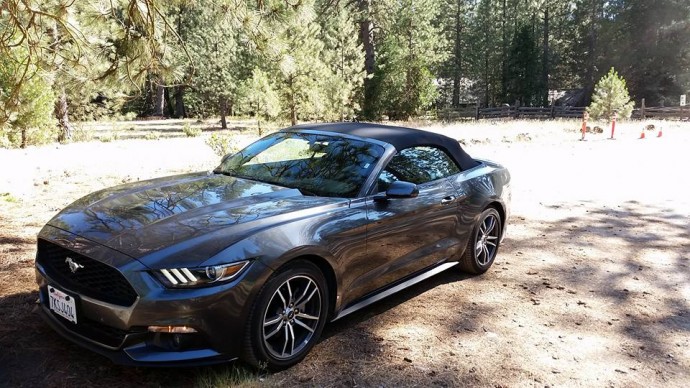 It’s a long drive. A very long drive. But after 8 hours we finally saw neon-lights at the horizon. We entered the city of slot machines and neon lighted billboards. With our beyond-coolness car we felt like driving in the remake of Tron. All the visual distractions and the weird architecture made it feel like driving through a futuristic dream. 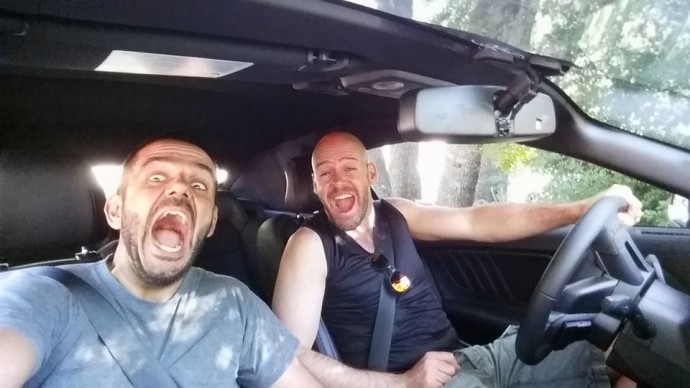 But of course we did not come here to drive around. And funny enough gambling isn’t really our thing. We just wanted to see the city once in our lifetime. And as a happily in love gay couple, we knew there would be enough options for a romantic night out. For American standards that is.

(Sorry guys, but nothing beats the real Eiffel tower, the real gondoletta’s in Venice or the great pyramid in Gizeh, which in Europe are closer by than the 8 hour drive from SF to Vegas.)

If you are looking for romantic things to do in Las Vegas, you will soon be directed to the fountains in front of the Bellagio Hotel, the Eiffel tower at Hotel Paris of to go to Zumanity, the naughty show by Cirque du Soleil. 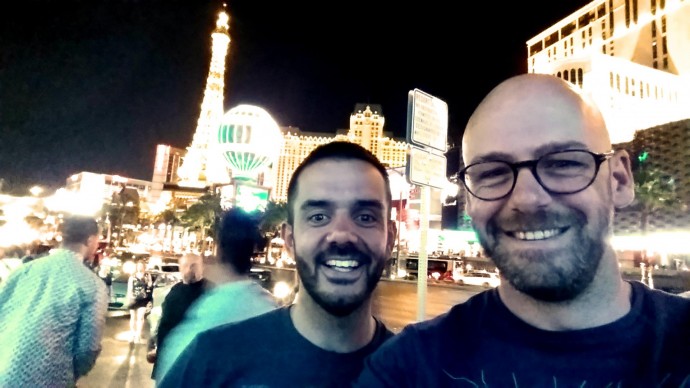 Since we had seen the real Eiffel tower several times already and we didn’t pre-book tickets for Zumanity, we selected 5 romantic things to do in Las Vegas. And we tried to avoid the candle light dinners.

-> Tip: no matter what show you want to see in Vegas, book it before you leave home.

The fortune teller on Fremont Street

If you want to get married, Las Vegas is the place to be. But if you want to know for sure if you brought the right guy, visit the fortune teller first. You will find hundreds of them in Las Vegas, but probably the most famous one is the one on Fremont Street.

Maybe you won’t be told about the fortune you will have in this life, at least you will go home with a good story of things didn’t work out the way you planned. 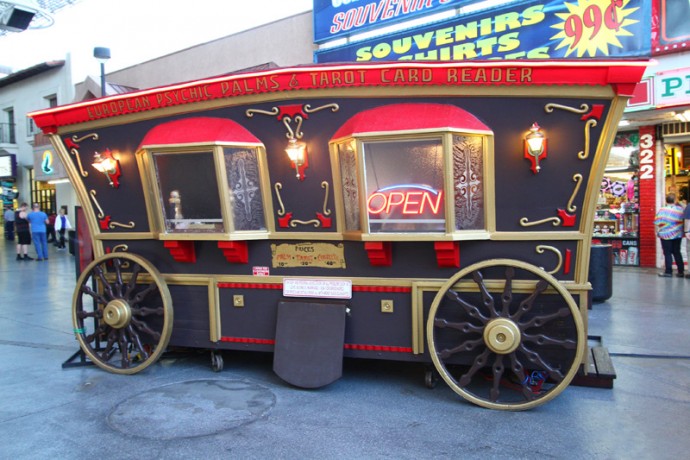 You think wedding is a big step? Maybe you should just jump into it. SkyJump Las Vegas helps you taking that big jump if you are the adventurous type. Look down from the 253 meter tall Stratosphere, let yourself you and see if your heart is still beating when you land.

It will cost you $ 119,- per person but you will definitely have one of the best experiences any one can have in Las Vegas. Without a hangover that is.

If your idea of a romantic night out, is to do something where your partner shuts up for a while, take him for a dive in the Shark Reef Aquarium at het Mandalay Bay hotel. After the guided tour you will both go in the aquarium to swim with more than 30 sharks.

We were told that they have been fed before people go in, so you don’t have to worry that you will lose that one finger that you’ll need for the wedding ring. The one thing you will lose though, is a small fortune. A dive here for the both of you costs $ 1000,- .

Europeans will probably be cheaper off flying straight to Egypt these days. (And that will even be more dangerous, to add some extra excitement.)

A helicopter flight from Las Vegas over the Grand Canyon

For a real highlight you might as well want to go high for real. A helicopter flight from Las Vegas can take you anywhere, but since you’re in the neighbourhood anyway, why not fly over and through the Grand Canyon.

If you book ‘the grand celebration tour’ you will fly over the most beautiful spots in this nature reserve and you will even land on the bottom of the Grand Canyon for a champagne picknick.

This is pure romance and yet still cheaper than the shark dive: for $ 339 p.p. you will leave the world of rollercoasters and gamblingmachines behind, to return after more than 4 hours. 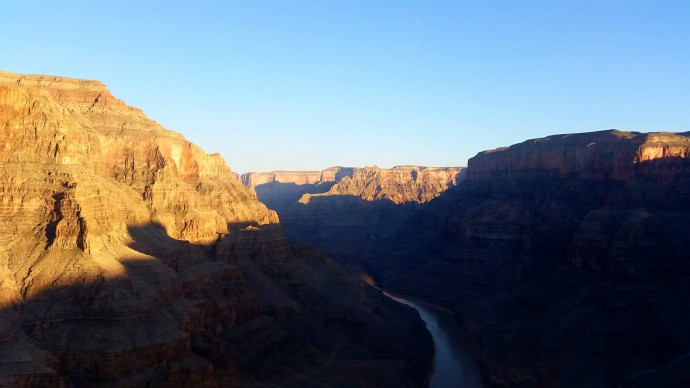 Gondola at The Venetian – Las Vegas

Allright, allright, officially the boatride on the gondolas at The Venetian is a cliché and a famous tourist trap. Though we have to admit that we were surprised by the singing skills of the gondoliers. The sound of opera singers in a hall like this, is just worth it.

A boat ride for the two of you costs $ 84,- per hour. You will see the perfect copies of Venetian facades and if you are lucky, the gondolier is a hot Italian looking guy. 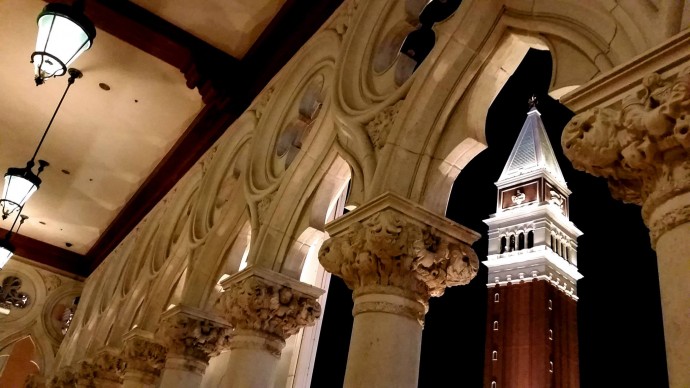 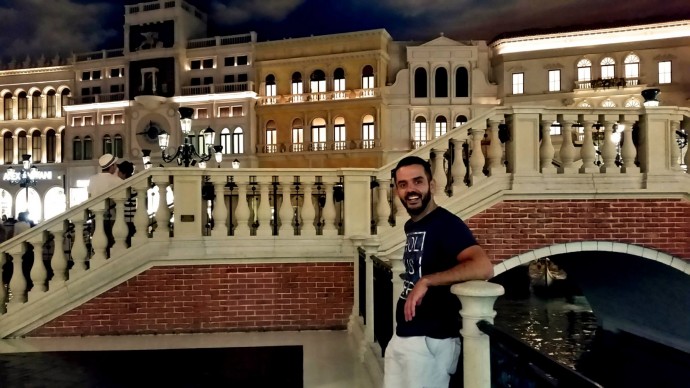 What did WE do?

I had no choice to be honest. Since it was my birthday, Alessio had secretly made arrangements already. Which one that was, you will find in this post. 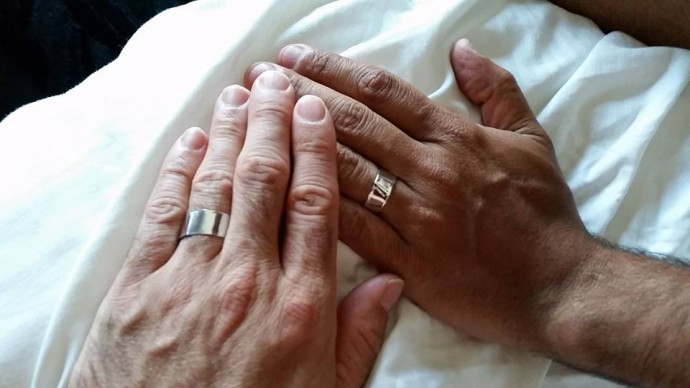 The morning after…you will read all about it soon in the post: ‘What really happened in Las Vegas’

What would you do in Las Vegas?