5 things to do in The Netherlands 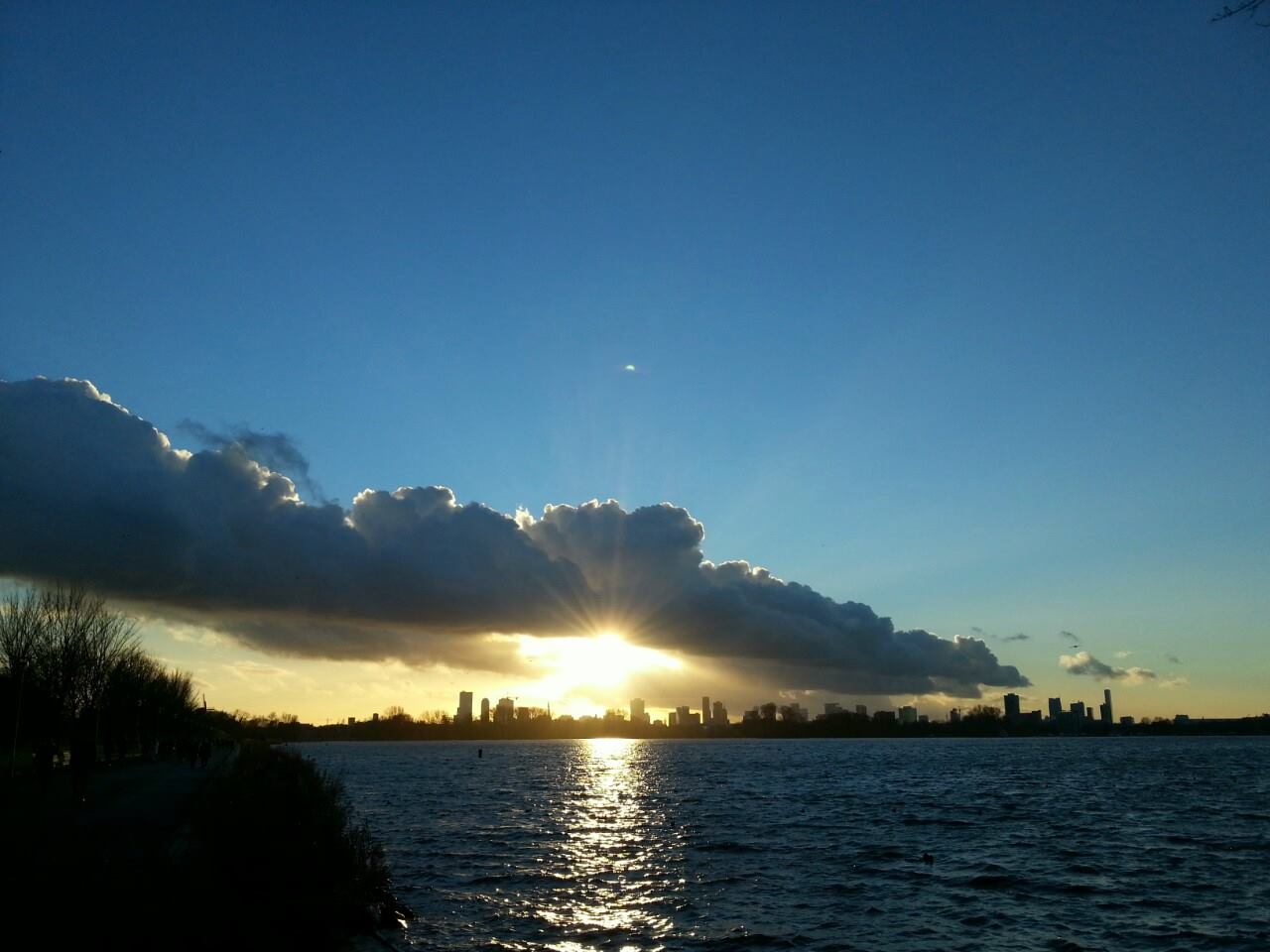 If you are spending some time in the Netherlands, you might want to do more than visit the coffeeshops, Anne Frank house and red light district. So here are 5 great day trips in The Netherlands. Feel free to add your personal favorites in the comments-section! 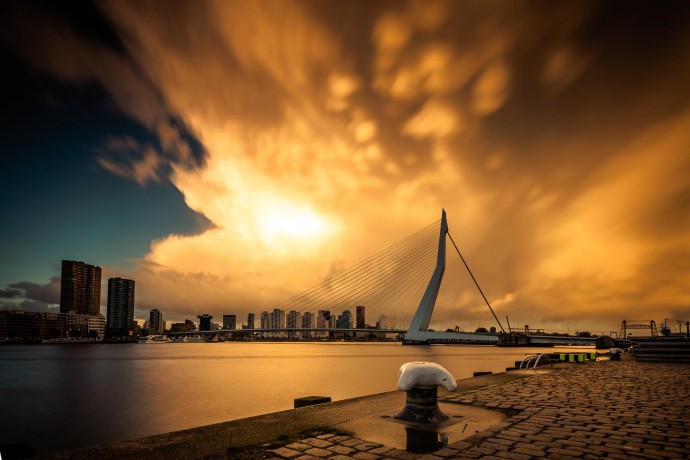 You read it in the New York Times, recent editions of Lonely Planet and Rough Guides, but no tourist information desk in Amsterdam will tell you about it: Rotterdam. It supposedly is the best city to visit and according to the Academy of Urbanism even the best European city to live in (Aarhus in Denmark and Turin in Italy are the runners up). 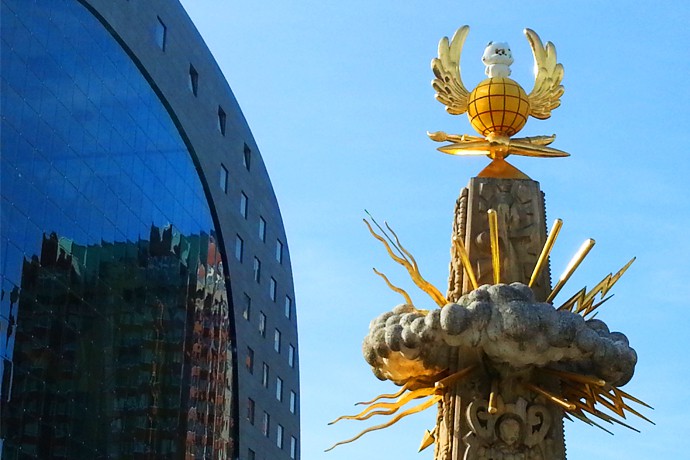 Rotterdam is the second city of the Netherland and believe it or not it is still a hidden gem, mostly because most Dutch people don’t like the modern feel of the city But if you like contemporary architecture, good food at affordable prices and an artistic creative vibe, Rotterdam is your place to be. Most museums are centred around the MuseumPark and the nearby WittedeWith-straat has bars and restaurants in all cuisines and priceranges. 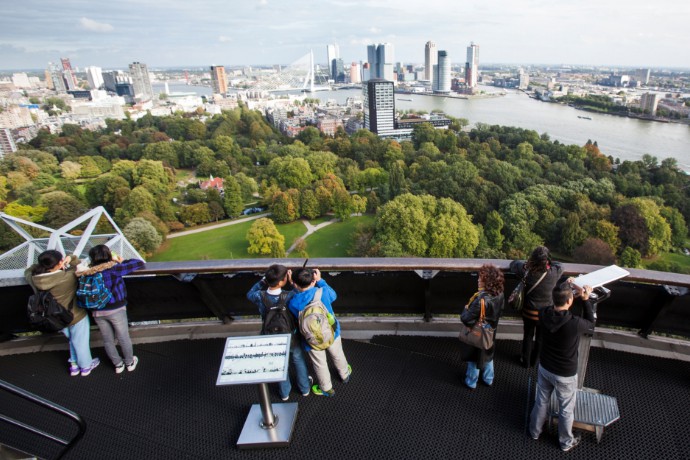 Visit the Oude Haven, cubic houses, the market hall, take a watertaxi (speedboat) and feel at home in Hotel New York, or look over the city from the Euromast. Oh, and if you want to surprise your Facebook-friends: take a selfie in front of the famous statue Santa Claus with Buttplug. Because just like Americans, ‘Rotterdammers’ like things big!

-> Read also: Why tourists love Rotterdam (and the Dutch don’t understand that). 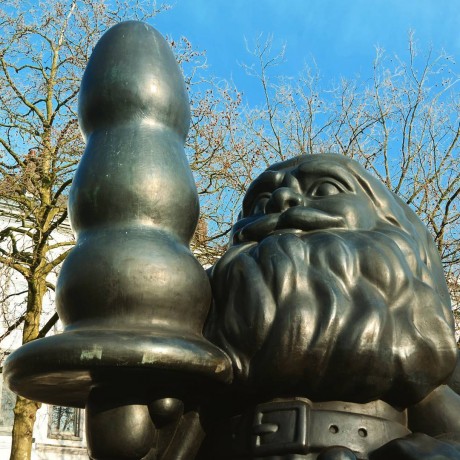 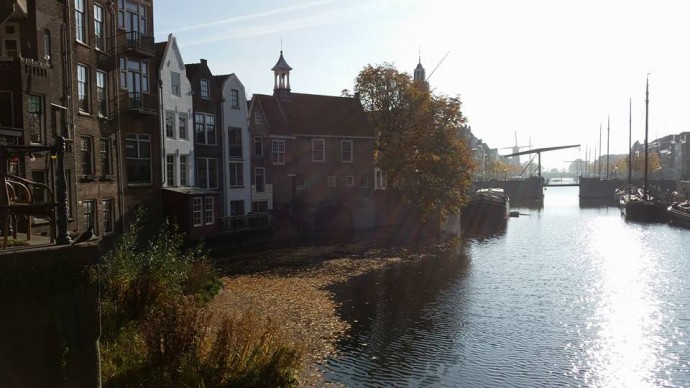 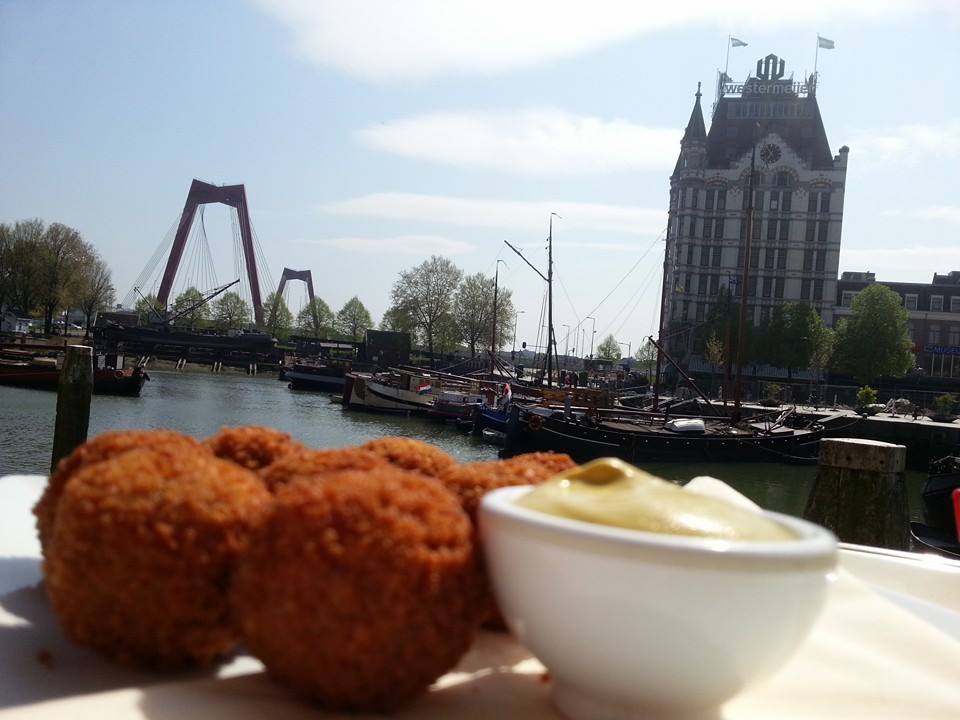 Spring is the best time to see the best of The Netherlands: the flowerfields. Miles and miles of flowers grow in the province of Zuid Holland. Between Schiphol Airport and Rotterdam there are numerous places where spring awakens in a psychadelic pattern of bright coloured flowers (with at least millions of tulips).

If you love flowers and want to see special species and varieties or want to take home the very best Holland has to offer, visit The Keukenhof (in 2016 between March 24th and May 16th). Most Dutch wouldn’t understand why you would go there, but back home people would consider you crazy if you had the chance to go there and you didn’t. 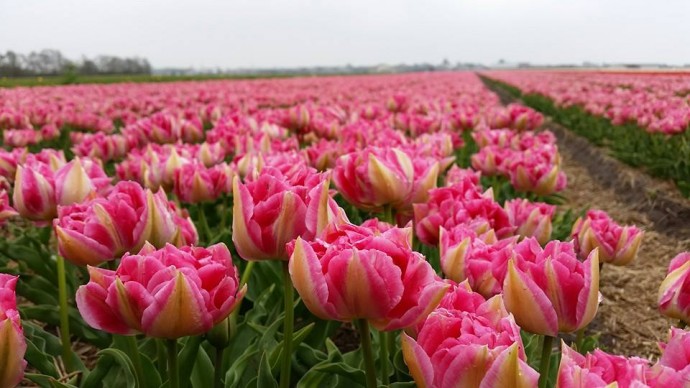 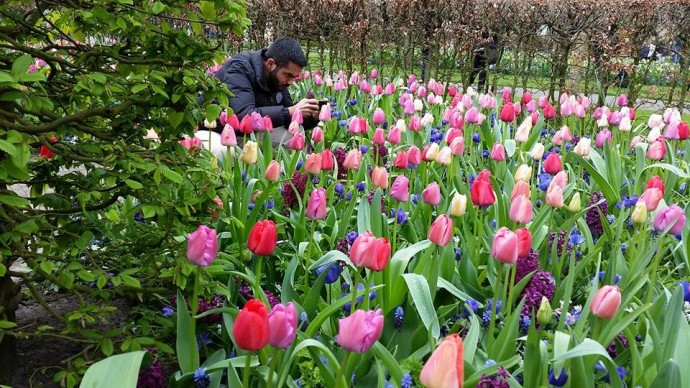 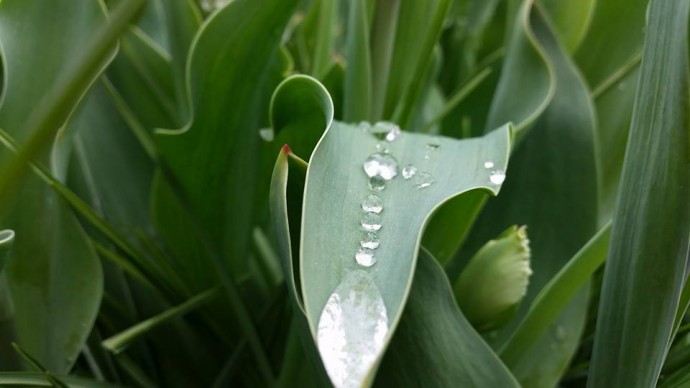 Only a 15 minutes train ride from Rotterdam, you will find The Hague. That is if you didn’t stop at Delft to see real Delft Blue porcelain and the picturesque city where painter Vermeer painted his Girl with the Pearl Ear ring.

Delft, between Rotterdam and The Hague

The Hague is the political headquarters of the Netherlands and both the parliament and the King hold office here. And even though there are enough reasons to visit The Hague (Mauritshuis, shopping, Escher-museum), the best thing is the beach at Scheveningen. A bit touristy, but nowhere else in the Netherlands you can take tram from central station straight to the beach.

The classic hotel Kurhaus is nice to see, but the beach-restaurants with cosy campfires and fresh seafood are a great place to unwind and feel like you’re on holiday. If you like seeing a bit more of the city, rent a bike and take your time to enjoy the 20 minute ride to the beach.

Kurhaus Hotel – definitely worth to take a peek inside…

Ok, you heard about Van Gogh, Anne Frank and ‘the Rijksmuseum’. And you can’t wait to see the Red Light District and the coffeeshops. But the very best Amsterdam has to offer, is it’s canals. Be the tourist and take a boatride or a Canal Bike. Just because there is nothing like it.

Or rent a bike and cycle around the city for a few hours. It’s the best way of transport between all the museums, hookers and drugshouses. Locals use bikes to go to work, to go out or to go practically anywhere. Why? Because in a city a bike is way faster than any other kind of transport and you never get caught for drinking & driving. 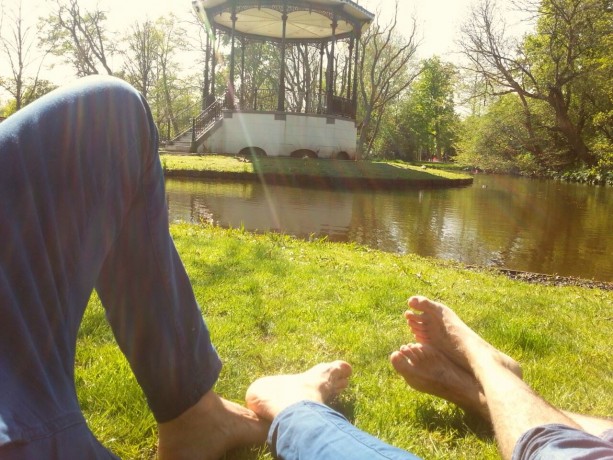 Relaxing in Vondelpark on a sunny day… 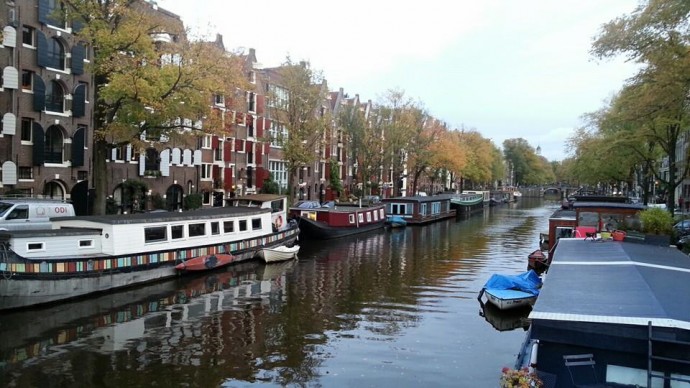 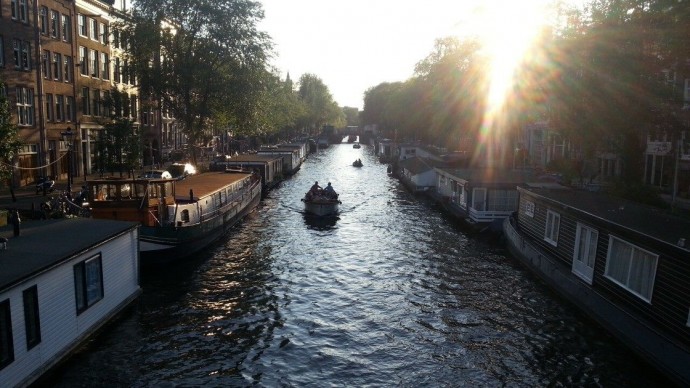 As you will soon find out, Amsterdam is the Disneyland of Holland: with fun things to do, overpriced crappy meals and lot’s of tourists, merchandise and queues. Enjoy the ride!

Speaking of Disneyland, the most popular theme park in The Netherlands is De Efteling. Most ‘Dutchies’ treasure their childhood memories of a visit to the FairyTale Forest, that looks like a real forest instead of cartoon-version with square trees. 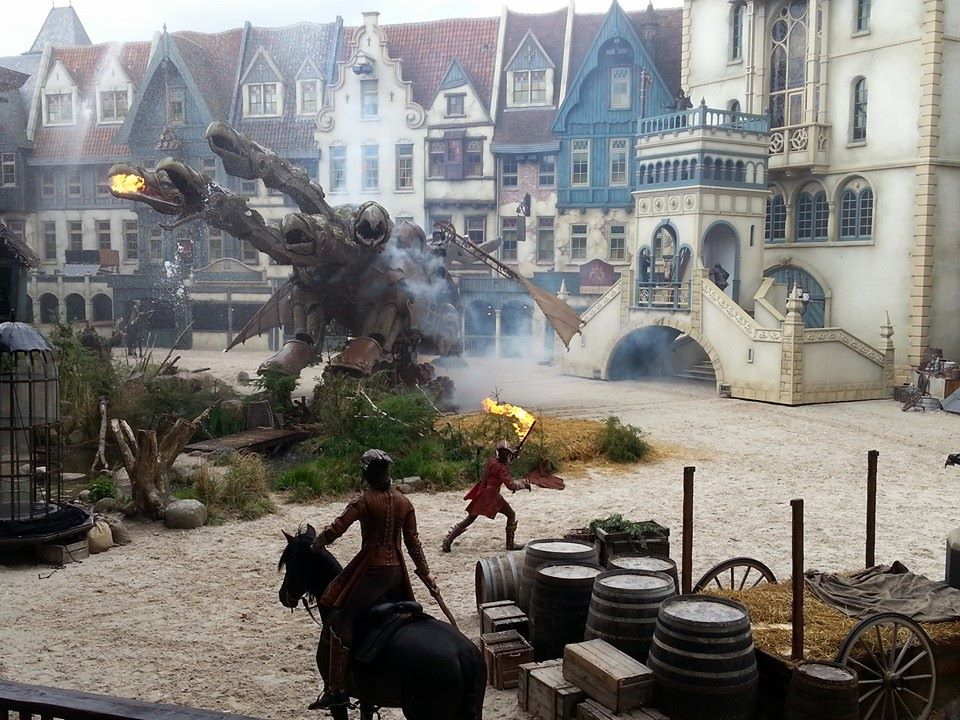 Magic and action in the show Raveleijn at De Efteling

As an adult you probably enjoy the thousands of flowers (again!) during spring, and the thrill rides like The Flying Dutchman, Villa Volta and George and the Dragon. But beware: the catchy tunes at some funrides will turn out to be real earworms that even make ‘It’s a small world’ sound like an easy to forget pop-song. 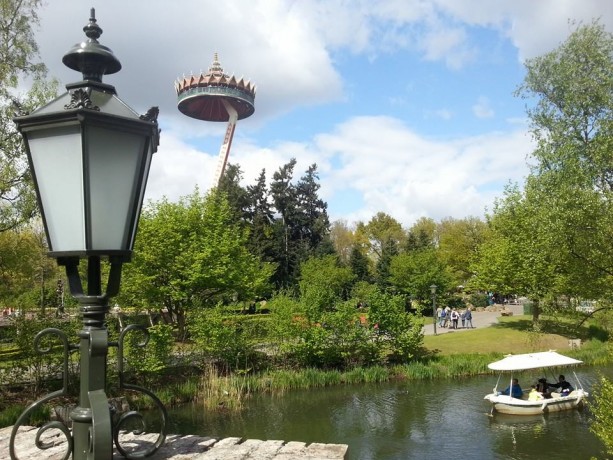 Bonus: If you go to Rotterdam you can also take a boat to Kinderdijk where you can see Dutch windmills in a beautiful landscape. It’s only 30 minutes away from Rotterdam, but you might want to make this a seperate day trip. 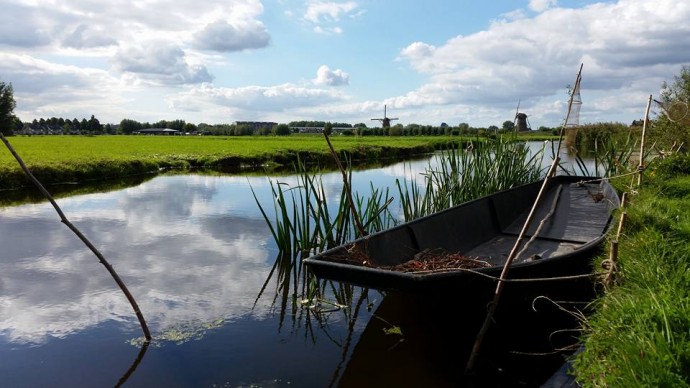 What do you think of this list? What would you add or skip?